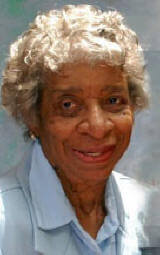 Dr. Henrietta M. Smith, Ph.D is an editor and scholar.

Smith wanted to be a Latin instructor, but eventually studied English and history at Hunter College, and received a B.A. She then attended Columbia University and earned her B.S. and M.S. in Library Science. She completed her doctorate degree in curriculum and supervision at the University of Miami in Coral Gables, Florida.

Dr. Smith edited the Coretta Scott King Award Book: From Vision to Reality and The Coretta Scott King Award Book: 1970-1999 sponsored by the American Library Association. In 2008, she was selected as the recipient of the Association for Library Service to Children’s (ALSC) Distinguished Service Award, which honors an individual ALSC member who has made significant contributions to library service to children and ALSC. She is also the recipient of the 2011 Coretta Scott King-Virginia Hamilton Practitioner Award for Lifetime Achievement. Dr. Smith was the first African-American professor at the University of South Florida, School of Information. She also taught at Florida Atlantic University.

Dr. Smith has served on numerous committees, including the book selection committees for the Pura Belpré, Newbery, and Caldecott awards served on the Caldecott Award Selection Committee and was a storytelling consultant in Albuquerque, New Mexico. She received The 2014 Carle Honors Mentor Award from The Eric Carle Museum of Picture Book Art for her life’s work as a champion of diversity in children’s literature.