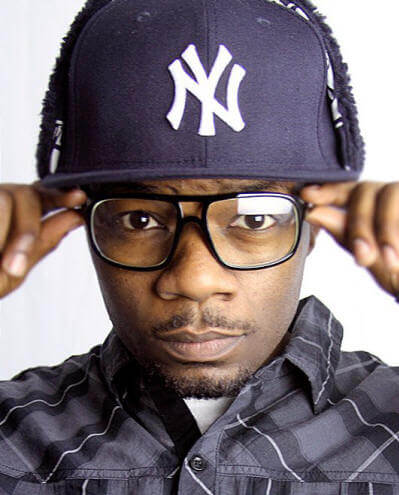 Kaven Brown is a multi-talented entrepreneur. An author, photographer and producer, who has been making waves in the publishing industry and music video circuit since the release of his first novel, Two Face, a suspense thriller with an urban flair that delves into the world of organized crime, merciless killers and crafty lawyers.

Brown’s latest literary foray is the companion piece to the documentary, Behind Those Books, which is a non-fiction book of the same title. He has written 4 novels, a screenplay, several treatments for music videos and documentaries. Brown is the founder and publisher of The Urban Book Source, an online publication that has focused on urban literature since its inception in 2006. Brown was responsible for designing the website and contributing to many of the sites features. The website has grown from a grassroots following to one of the premiere online websites for urban literature, African American authors and publishers that offers insightful editorials, interviews and book reviews. Brown has photographed several celebrities and his work has appeared in People Magazine, Daily News, TMZ, The New York Post, Essence Magazine and numerous online publications. Brown resides in New York City where he continues to work on photography, writing and producing.

Read more about this film

“Behind Those Books” reflects the harsh and unpleasant realities of inner-cities across the United States and sheds light on the rationale for these stories to be told. The viewer is taken on a journey that tackles social issues that have been brought to the forefront as a result of this art form. The urban and hip-hop cultures have discussed this topic but it has never been given the attention that it deserves on such a grand scale until now.

This is the first and only comprehensive documentation on film of this controversial genre, gives viewers a raw and uncensored look inside this emerging industry. The film chronicles the evolution of the gritty street tales through in-depth interviews with pioneer authors, publishers, editors, literary agents, industry insiders, activists, hip-hop artists, philosophers, professors, book clubs and vendors.

“I am a abandoned child. My mother was a whore. And the things I saw through these eyes, no child should have had to witness or experience. So am I wrong for writing about my life that I saw?” —Treasure E. Blue, author of Harlem Girl Lost

Behind Those Books is a documentary that is guaranteed to change the perception of some and challenge how others feel about tales of street life in the inner-cities.