Lisa Moore Ramée was born and raised in Los Angeles and now lives in the Northern California, with her husband, two kids, two obnoxious cats and more yard than she can control. She earned a BA in Speech Communications from San Francisco State and a MA in English Literature (focusing on Creative Writing) from Cal State East Bay.

She worked for several years in publishing, for the Walt Disney Company, first in comics, and then with licensed publishing. While there, she co-penned The Little Mermaid, Jr. Graphic Novel and the writing bug took up permanent residence. She is a devotee of Top Chef and Project Runway and often tries to work the shows in her plots.

As of 2020 she has written two books; A Good Kind of Trouble, her first novel, has received critical acclaim, garnering three starred reviews (PW, Kirkus and SLJ); and Something to Say. 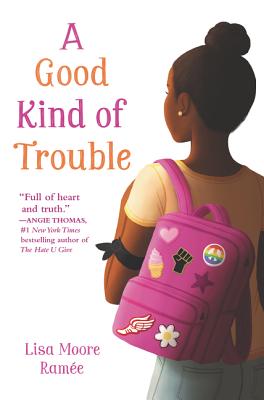 A Good Kind of Trouble