Marilyn Allman Maye earned a B.A. from Swarthmore College in mathematics and sociology–anthropology with a concentration in black studies. She earned an M.A.T. in mathematics from Harvard University, and an M.A. in mathematical statistics and Ed.D. in mathematics education from Columbia University. A tenured professor, she has consulted regionally and nationally for school districts, departments of education, and professional development organizations. She led technology teams for New York City. She has authored three books, one of which she co-authored with her husband, Warren L, Maye.

Harold S. Buchanan is a retired computer professional from New Jersey. He is the brother who joined the Seven Sisters to bring black awareness and change to Swarthmore College in the 1960s. He earned a B.A. in Mathematics from the College and was one of the first to complete a Concentration in Black Studies. In recent years, Harold co-founded the Swarthmore Black Alumni Network. After Swarthmore, he received a M.Ed. from Temple University. Harold is also an accomplished semi-professional photographer. He has traveled extensively to photograph nature and displays his work on hsbuchanan.com. Harold serves on the boards of trustees for the Rancocas Nature Center and Helping Other People Evolve, Inc.

Jannette O. Domingo earned a B.A. in Political Science/International Relations with a Concentration in Black Studies at Swarthmore; M.A. in Economics at McGill University; and M.Phil and Ph.D. in Economics at Columbia University. She is Professor Emerita and retired Dean of Graduate Studies at John Jay College of Criminal Justice of the City University of New York where she also chaired the Department of African American Studies, directed the Ronald McNair Post-Baccalaureate Achievement Program, and co-founded the Police Studies Certificate Program. In retirement, Jannette continues to find joy in seeing the world — especially with her husband Clifford Charles— and illuminating the genealogy and migration stories of Virgin Islands families.

Joyce Frisby Baynes received a B.A. in mathematics from Swarthmore College. She was a first-generation college student. She played a key role in the Swarthmore Afro American Student Society, often advising the other Sisters. Her tutoring of underserved teens in the Upward Bound Program inspired her to be a leader in education, as a teacher of mathematics and a public school administrator. Joyce Baynes earned advanced degrees from Harvard University and Columbia University. She has a love of mathematics and enduring compassion for youth. Since her retirement, Dr. Baynes co-founded the nonprofit organization Future Forward for Haiti, Inc. She is a former Board member of Bergen Volunteers and Teaneck Community Scholarship Fund.

Marilyn Holifield, Esq. obtained a Juris Doctorate from Harvard Law School and her Bachelor of Arts in economics and Concentration in Black Studies from Swarthmore College. She is a senior partner in Holland & Knight LLP, an international law firm that traces its Florida history to the 1890s. She joined Holland & Knight in 1981 and named a partner in the firm in 1986 – becoming the first black woman partner of a major law firm in Florida. Ms. Holifield serves on the Executive Committee, Harvard Board of Overseers; Executive Committee, Board of Managers of Swarthmore College; and Board of Trustees of the University of Miami. She has received numerous awards for civic and professional contributions. She is a co-founder of the planned Miami Museum of Contemporary Art of the African Diaspora, Miami MoCAAD.

Myra E. Rose earned B.S. degrees in Chemistry and Biology at Swarthmore College and an M.D. from Tufts University School of Medicine. She spent most of her professional life at the Morehouse School of Medicine where she helped build and lead the department of internal medicine. She has served as an attending physician, medical student clerkship director, internal medicine residency program director, hospice medical director and Chair of Medicine at Morehouse. Though recently retired she continues to practice hematology-oncology and provide care to underserved patients while she educates students and residents. Myra loves to travel and lives in Atlanta with her husband, children and grand children.

Bridget Van Gronigen Warren was born in Guyana, South America. She obtained a BS in Biology at Swarthmore College, and studied for her MS and PhD in Medical Microbiology and Immunology at Temple University. Most of her professional life was spent as a professor of Microbiology and Immunology at the University of Panama’s Faculty of Medicine, and as a microbiologist in the Panama Canal Authority. Since retiring in 2012, she has worked as a volunteer member of the Smithsonian Tropical Research Institute’s Animal Care and Use Committee. Dr. Van Gronigen Warren, her husband, fellow Swarthmore alumnus, Ferdinand Warren, and their daughter, Nyasha, are active members of the Society of Friends of the West Indian Museum of Panama.

Aundrea White Kelley earned her B.A. in Sociology and Anthropology from Swarthmore. After working in the corporate and non-profit sectors, she earned an M.S. in Public Policy and an M.B.A., both from the University of Massachusetts Boston. Her public service career focused on collaborative initiatives to resolve education policy challenges. At the Massachusetts Board of Higher Education, she held a succession of impactful positions, including Commissioner (Acting). Quincy College recruited her as chief academic officer and after successfully leading its effort to secure all accreditations, she retired Aundrea remains passionate about civic engagement and public policy as tools for justice. 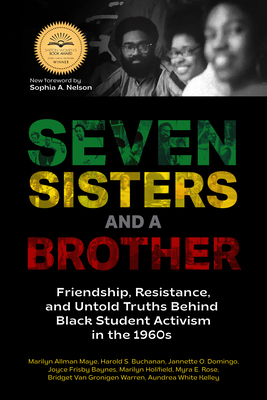 Seven Sisters And A Brother (paperback) 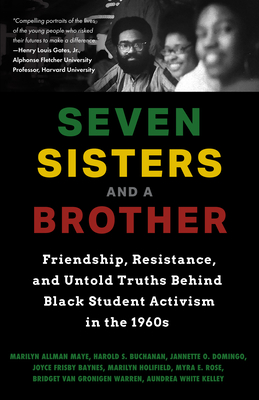 Seven Sisters And A Brother