Dr. Walter Milton, Jr. is a native of Rochester, New York. He earned a B.A. from the University of Albany and an M.S. from SUNY College at Brockport. He took postgraduate courses at the University of Rochester to receive his administrative certifications, including his superintendent’s license. Dr. Milton has also taught at several universities across the United States. He holds a Doctorate degree in leadership and policy from the University of Buffalo. He is also a published author of Me in the Making – One Man’s Journey to Becoming a School Superintendent, (2008) and Why Black Men Must Save Black Boys in America’s Public Schools (2014). He served as a school superintendent for fourteen years, in the states of New York, Michigan, and Illinois.

Dr. Milton is currently CEO of From the Heart International Educational Services.

For 20 NBA seasons, Dr. Joel Freeman served as player development mentor and character coach for the Washington Bullets/Wizards - surviving six coaching changes (1978-1998). Having grown up in Canada, it was during his time - working with NBA players - that his rather unique interest in Black History first emerged. In 1995 he co-authored the book, Return To Glory: The Powerful Stirring of the Black Race, with the foreword written by Julius “Dr. J” Erving. Eight years later he co-wrote the film version of the book, currently with Spanish, Portuguese, French and English subtitles. With travels to over 55 countries, Joel has worked with the Association of International Schools for Africa (AISA), traveling extensively throughout the continent of Africa and conducting a number of training events for educators, government and business leaders. He has also assisted in addressing issues surrounding conflict resolution, tribal warfare and the AIDS crisis in meetings with over 100 African kings and queens throughout Benin, Togo, and Nigeria.

Genuine documents and artifacts from the Freeman Institute(r) Black HistoryCollection (over 3,000 items, oldest piece dated 1553) have been showcased in exhibitions at the United Nations, White House, Clinton Presidential Library, Secret Service and many other venues. Many of the images from his collection are included in the BH365 curriculum. Audiences around the world have experienced his intriguing presentation, “A White Man’s Journey Into Black History”. It’s an eye-opening experience that transcends race. 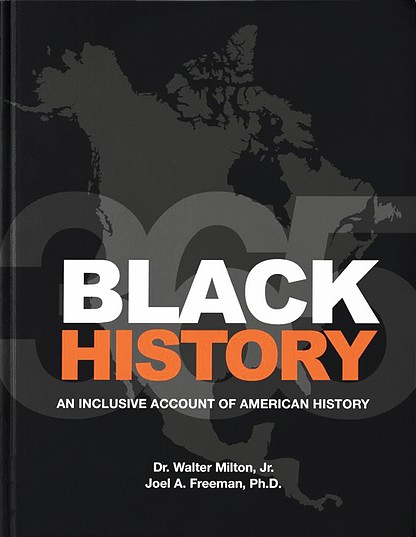