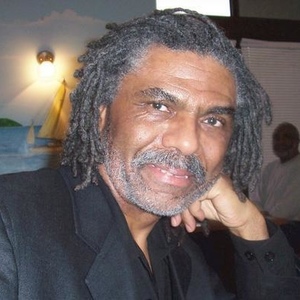 Yemi Touré (1948-2013) began his earthly journey as Ronald Leroy Finney in Orangeburg, South Carolina on February 14, 1948 to Hilda (Grayson) Finney, a beloved educator well known in the Los Angeles community and Dr. Earnest Finney Sr., Dean of Education at Claflin College in Orangeburg, South Carolina. He was the youngest son of Earnest and Hilda Finney and brother to Robert (Bobby), Earl, and Earnest Finney, Jr. Ronald spent his early years in the small coastal town of Conway, South Carolina and was a quintessential county boy. He grew up in the segregated south and attended grade school in a small classroom huddled around a potbelly stove to keep warm in the winter. Around the age of twelve, Ronald moved to Los Angeles, California to live with his mother Hilda Finney. Ronald graduated from Dorsey High School in Los Angeles where he was a smart, popular and outgoing student. — The Journal of Pan African Studies, vol.6, no.7, February 2014

Touré was a book editor and free-lance writer. He edited HYPE, the web site that monitors the Black image in the media.