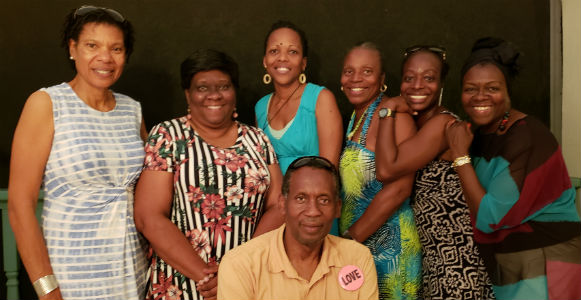 From “one of the greatest writers of our time” (as described by Toni Morrison) — the author of Barracoon and Their Eyes Were Watching God —a collection of remarkable stories, including eight “lost” Harlem Renaissance tales now available to a wide audience for the first time.

In 1925, Barnard student Zora Neale Hurston--the sole black student at the college — was living in New York, “desperately striving for a toe-hold on the world.” During this period, she began writing short works that captured the zeitgeist of African American life and transformed her into one of the central figures of the Harlem Renaissance. Nearly a century later, this singular talent is recognized as one of the most influential and revered American artists of the modern period.

Hitting a Straight Lick with a Crooked Stick is an outstanding collection of stories about love and migration, gender and class, racism and sexism that proudly reflect African American folk culture. Brought together for the first time in one volume, they include eight of Hurston”s “lost” Harlem stories, which were found in forgotten periodicals and archives. These stories challenge conceptions of Hurston as an author of rural fiction and include gems that flash with her biting, satiric humor, as well as more serious tales reflective of the cultural currents of Hurston’s world. All are timeless classics that enrich our understanding and appreciation of this exceptional writer’s voice and her contributions to America’s literary traditions.

The Water Dancer
by Ta-Nehisi Coates

Synopsis:
In his boldly imagined first novel, Ta-Nehisi Coates, the National Book Award-winning author of Between the World and Me, brings home the most intimate evil of enslavement: the cleaving and separation of families.

Young Hiram Walker was born into bondage. When his mother was sold away, Hiram was robbed of all memory of her—but was gifted with a mysterious power. Years later, when Hiram almost drowns in a river, that same power saves his life. This brush with death births an urgency in Hiram and a daring scheme: to escape from the only home he’s ever known.

So begins an unexpected journey that takes Hiram from the corrupt grandeur of Virginia’s proud plantations to desperate guerrilla cells in the wilderness, from the coffin of the deep South to dangerously utopic movements in the North. Even as he’s enlisted in the underground war between slavers and the enslaved, Hiram’s resolve to rescue the family he left behind endures.

This is the dramatic story of an atrocity inflicted on generations of women, men, and children—the violent and capricious separation of families—and the war they waged to simply make lives with the people they loved. Written by one of today’s most exciting thinkers and writers, The Water Dancer is a propulsive, transcendent work that restores the humanity of those from whom everything was stolen. 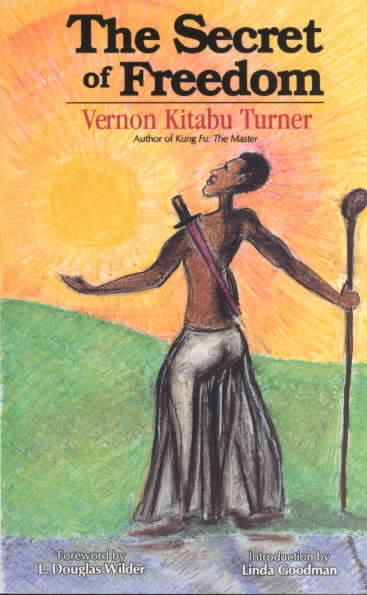 The Secret of Freedom
by Vernon Kitabu Turner

Synopsis:
Zafir, a black sixteen-year-old, undertakes a journey of spiritual discovery, relying on the wisdom of the Ancient Book to guide him in passing beyond the oppressive Others and bringing enlightenment back home with him. 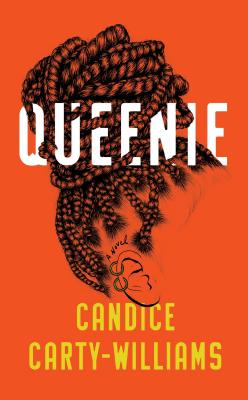 Bridget Jones’s Diary meets Americanah in this disarmingly honest, boldly political, and truly inclusive novel that will speak to anyone who has gone looking for love and found something very different in its place.

Queenie Jenkins is a 25-year-old Jamaican British woman living in London, straddling two cultures and slotting neatly into neither. She works at a national newspaper, where she’s constantly forced to compare herself to her white middle class peers. After a messy break up from her long-term white boyfriend, Queenie seeks comfort in all the wrong places … including several hazardous men who do a good job of occupying brain space and a bad job of affirming self-worth.

As Queenie careens from one questionable decision to another, she finds herself wondering, “What are you doing? Why are you doing it? Who do you want to be?” — all of the questions today’s woman must face in a world trying to answer them for her.

With “fresh and honest”; (Jojo Moyes) prose, Queenie is a remarkably relatable exploration of what it means to be a modern woman searching for meaning in today’s world. 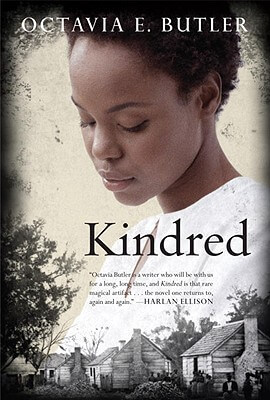 Dana, a modern black woman, is celebrating her twenty-sixth birthday with her new husband when she is snatched abruptly from her home in California and transported to the antebellum South. Rufus, the white son of a plantation owner, is drowning, and Dana has been summoned to save him. Dana is drawn back repeatedly through time to the slave quarters, and each time the stay grows longer, more arduous, and more dangerous until it is uncertain whether or not Dana's life will end, long before it has a chance to begin.

Barracoon: The Story of the Last “Black Cargo”
by Zora Neale Hurston and Deborah G. Plant

Read AALBC.com’s Review of Barracoon: The Story of the Last “Black Cargo”

A major literary event: a never-before-published work from the author of the American classic Their Eyes Were Watching God that brilliantly illuminates the horror and injustices of slavery as it tells the true story of one of the last known survivors of the Atlantic slave trade—abducted from Africa on the last “Black Cargo” ship to arrive in the United States.

In 1927, Zora Neale Hurston went to Plateau, Alabama, just outside Mobile, to interview eighty-six-year-old Cudjo Lewis. Of the millions of men, women, and children transported from Africa to America as slaves, Cudjo was then the only person alive to tell the story of this integral part of the nation’s history. Hurston was there to record Cudjo’s firsthand account of the raid that led to his capture and bondage fifty years after the Atlantic slave trade was outlawed in the United States.

In 1931, Hurston returned to Plateau, the African-centric community three miles from Mobile founded by Cudjo and other former slaves from his ship. Spending more than three months there, she talked in depth with Cudjo about the details of his life. During those weeks, the young writer and the elderly formerly enslaved man ate peaches and watermelon that grew in the backyard and talked about Cudjo’s past—memories from his childhood in Africa, the horrors of being captured and held in a barracoon for selection by American slavers, the harrowing experience of the Middle Passage packed with more than 100 other souls aboard the Clotilda, and the years he spent in slavery until the end of the Civil War.

Based on those interviews, featuring Cudjo’s unique vernacular, and written from Hurston’s perspective with the compassion and singular style that have made her one of the preeminent American authors of the twentieth-century, Barracoon brilliantly illuminates the tragedy of slavery and of one life forever defined by it. Offering insight into the pernicious legacy that continues to haunt us all, black and white, this poignant and powerful work is an invaluable contribution to our shared history and culture.

An intimate, powerful, and inspiring memoir by the former First Lady of the United States

Listen to a clip from the audiobook, narrated by the first Lady herself – Buy it today!


In a life filled with meaning and accomplishment, Michelle Obama has emerged as one of the most iconic and compelling women of our era. As First Lady of the United States of America—the first African-American to serve in that role--she helped create the most welcoming and inclusive White House in history, while also establishing herself as a powerful advocate for women and girls in the U.S. and around the world, dramatically changing the ways that families pursue healthier and more active lives, and standing with her husband as he led America through some of its most harrowing moments. Along the way, she showed us a few dance moves, crushed Carpool Karaoke, and raised two down-to-earth daughters under an unforgiving media glare.

In her memoir, a work of deep reflection and mesmerizing storytelling, Michelle Obama invites readers into her world, chronicling the experiences that have shaped her—from her childhood on the South Side of Chicago to her years as an executive balancing the demands of motherhood and work, to her time spent at the world’s most famous address. With unerring honesty and lively wit, she describes her triumphs and her disappointments, both public and private, telling her full story as she has lived it--in her own words and on her own terms. Warm, wise, and revelatory, Becoming is the deeply personal reckoning of a woman of soul and substance who has steadily defied expectations--and whose story inspires us to do the same.