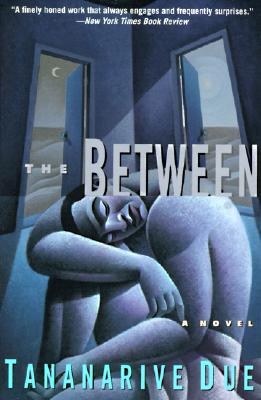 The Between
by Tananarive Due

Book Description:
When Hilton was just a boy, his grandmother sacrificed her life to save him from drowning. Thirty years later, he begins to suspect that he was never meant to survive that accident, and that dark forces are working to rectify that mistake. When Hilton’s wife, the only elected African-American judge in Dade County, FL, begins to receive racist hate mail, he becomes obsessed with protecting his family. Soon, however, he begins to have horrible nightmares, more intense and disturbing than any he has ever experienced. Are the strange dreams trying to tell him something? His sense of reality begins to slip away as he battles both the psychotic threatening to destroy his family and the even more terrifying enemy stalking his sleep. Chilling and utterly convincing, The Between follows the struggles of a man desperately trying to hold on to the people and life he loves, but may have already lost. The compelling plot holds readers in suspense until the final, profound moment of resolution.

More books like The Between may be found by selecting the categories below: