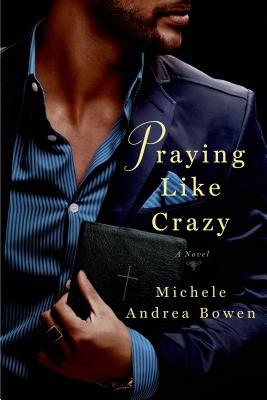 Paperback Description:
In Praying Like Crazy (Pastor’s Aid Club) by Michele Andrea Bowen, Veronica Washington gets fired from her high-profile PR job before she even has a chance to step in the building—frantic, upset, she believes she has fallen as low as ‘she can get’. But when her moment of hardship leads her directly to Charles Robinson, the sharp-dressed and undeniably fine owner of Rumpshakers Hip-Hop Gentlemen’s Club, her problems only compound. Veronica cannot deny that, despite his occupation, Charles is a true gentleman and is willing to spend as much time as it takes to help her get back on her feet. What Veronica doesn’t know is the true reason behind Charles’ 21st Century brand of chivalry.
Despite being surrounded constantly by gorgeous women, Charles is drawn to Veronica. Beautiful as any magazine-cover-worthy celebrity, and smart as a whip, she’s the kind of companion Charles can never have—she’s a saved woman, and the difference between her life and Charles’s is just too great. But bigger issues are on the horizon for them. Veronica getting fired only scratches the surface of a much more sinister plot involving a host of shady characters. As immoral men, just barely on the right side of the law, and a former Mafia man move in on Charles, it’s going to take a whole lot more than his bank account to keep his enemies at bay. What he’ll need most of all is a good woman by his side, and enough faith to pray like crazy.