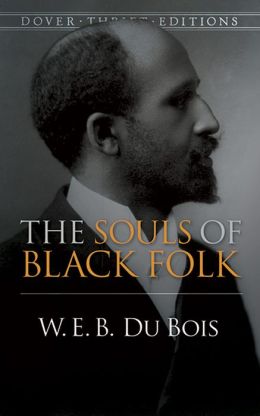 The Souls of Black Folk
by W.E.B. Du Bois

Originally published in 1903, The Souls of Black Folk is a classic study of race, culture, and education at the turn of the twentieth century. With its singular combination of essays, memoir, and fiction, this book vaulted W. E. B. Du Bois to the forefront of American political commentary and civil rights activism. The Souls of Black Folk is an impassioned, at times searing account of the situation of African Americans in the United States. Du Bois makes a forceful case for the access of African Americans to higher education, memorably extols the achievements of black culture (above all the spirituals or 'sorrow songs'), and advances the provocative and influential argument that due to the inequalities and pressures of the 'race problem', African American identity is characterized by 'double consciousness'. First published in 1903, this extraordinary work not only recorded and explained history, it helped to alter its course. Written after Du Bois had earned his Ph.D. from Harvard and studied in Berlin, these 14 essays contain both the academic language of sociology and the rich lyrics of African spirituals, which Du Bois called "sorrow songs."

More books like The Souls of Black Folk may be found by selecting the categories below:

Tell us what do you think about The Souls of Black Folk.