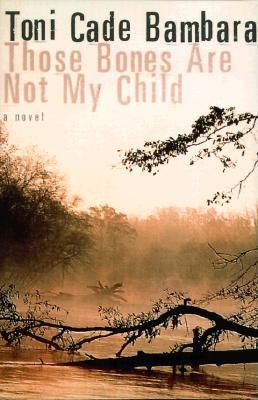 Those Bones Are Not My Child: A novel
by Toni Cade Bambara

Hardcover Description:
Those Bones Are Not My Child is a staggering achievement, a major work of American fiction: the novel that Toni Cade Bambara was working on at the time of her death in 1995 — a story that puts us at the center of the nightmare of the Atlanta child murders.

It was called "The City Too Busy To Hate," but two decades ago more than forty black children were murdered there with grim determination, their bodies found — in ditches, on riverbanks — strangled, beaten, and sexually assaulted. Bambara was living in Atlanta at the time, and Those Bones Are Not My Child is the result of twelve years of first-hand research, as she delved into the murders and the world in which they occurred. Evoking the culture of the late 1970s and early ’80s with a keen eye — the Iranian hostage crisis, disco, Travis Bickle of Taxi Driver — Those Bones Are Not My Child powerfully dramatizes the story of one black family surviving on the margins of a seemingly prosperous city.

On Sunday morning, July 20, 1980, Marzala Rawls Spencer awakens to find that her teenage son has gone missing, even as the Atlanta child abductions are beginning to be reported. As she and her estranged husband frantically search for their son, the story moves with authority through the full spectrum of Atlanta’s political, social, and cultural life, illuminating the vexing issues of race and class that bedevil the city.

Suspenseful, richly dramatic, profoundly affecting, Those Bones Are Not My Child explores the complex relationships within one family in dire crisis. And as Toni Morrison, who edited Bambara’s manuscript, has observed, it is also "the narrative revelation of a major Southern city of the ’80s, a revelation of what clogs the bloodstream of ’The City Too Busy to Hate.’ "

Books similiar to Those Bones Are Not My Child: A novel may be found in the categories below: