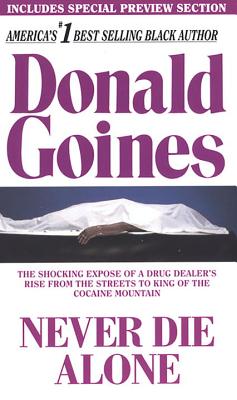 Book Description:
King David never let anything stand in his way, as he clawed his way out of tyhe mean streets. If it took busting an old lady’s head open with a Coke bottle for her last dollar, so be it. Mixing battery acid with cocaine to gain revenge was acceptable, too. Whatever it took. Then he made it big— only to find others had not forgotten, had no intention of forgiving. They came after him. He left behind a Cadillac and a diary, left it to a writer Donald Goines called "Paul Pawlowski." Like all Goines’ novels, Never Die alone is based on truth.

More books like Never Die Alone may be found by selecting the categories below:

Tell us what do you think about Never Die Alone.