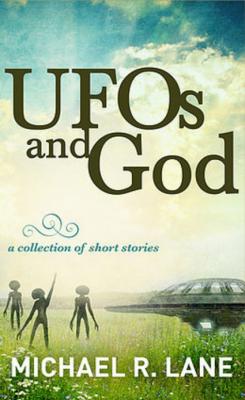 UFOs and Gods: a Collection of Short Stories
by Michael R. Lane

UFOs and God is not single-themed but a medley of characters kayaking their way through the erratic channels of life. Some of these stories are sharp edged and made to cut you emotionally to the quick. Others are inviting like a warm cozy room on a bitter cold day. A couple—it is hoped—will simply make you laugh.

In “Wake Up,” a man decides each morning whether he is to live or die, while “The Virgin Bank Robber” is an unorthodox love story about a modern Robin Hood couple who are finally caught by the law. “UFOs and God” is the story of a beloved believer in UFOs and aliens who maintains her beliefs right up until the end, while “War” tells the story of two brave soldiers, one black and one white, who find themselves trapped in the same foxhole during World War II. “Job Search” explores a young man’s search for more than a job but a meaningful career. “The Zany World of Al, Nitro, Dynamite & Their Dog Blaze,” is a twisted parody on our obsession with violence and destruction as forms of entertainment, and after being financially devastated by the 2008 economic crash, Mason Hammer makes a bold decision to live out a long-held dream in “Echoes.”

From farm to urban, from World War II to the Digital Age, the places and times, people and events in UFOs and God spotlight the tender underbelly of the human condition in all its glory and despair on these varied stages of fiction.

More books like UFOs and Gods: a Collection of Short Stories may be found by selecting the categories below: