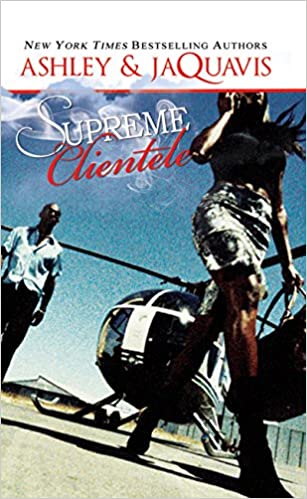 Book Description:
Every Hustler’s reign ends in one of two ways. . .prison or death. Refusing to let the prediction become a reality, Julius "Jules" Carter creates new rules to an old game. Strategically, he forms one of the most notorious drug operations Harlem has ever seen. Jules thought the game was his biggest challenge that is until he meets Tish. Young and Ambitious she is determined to escape from Harlem’s allure, but her love for Jules has her rooted. She gets tangled in his web of lies and deceit. When she finds out about his past demons and connects them with her own, she soon finds out that there’s a thin line between love and hate. You can’t turn a bad girl good, but once a good girl turns bad she’s gone forever. Julius finds out the hard way that everything done in the dark eventually comes to light. Ashley and JaQuavis narrate a fast paced, suspenseful tale of one of Harlem’s biggest drug lords, his rise to power, and the woman behind him.

More books like Supreme Clientele may be found by selecting the categories below: