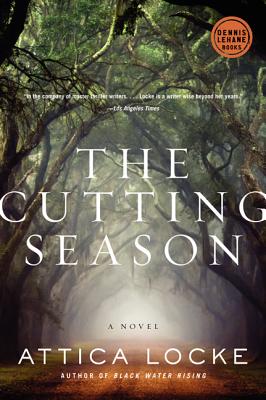 Read a Description of The Cutting Season: A Novel

In this new mystery novel, readers are introduced to Caren Gray, a black thirty-something single mother who serves as the general manager of the Belle Vie plantation. Her history goes way beyond her present job though. Unbeknownst to many of her colleagues, her own mother served as the head cook many years ago. It’s her familiarity with the present day owner, Raymond Clancy, and his brother Bobby Clancy that gives her the opportunity to put things in perspective.

The ho-hum life of running the plantation, which now hosts events such as weddings, all changes when a dead body is found on the premises. And with the appearance of the woman’s corpse comes a myriad of suspects, including Donovan, the hot-headed college student with a criminal record working as an actor; Danny Olmsted, a professor whose been given full access to the plantation for his research, and even Caren herself whose law-school background makes her a bit of a thorn in the side for the local detectives.

What’s even more interesting is the murder bears an uncanny resemblance to another one that occurred over a century ago. Could the two be connected?

Locke’s novel will keep you guessing when it comes to who the true killer may be. And her prose, which is downright amazing, will cause you to read chapter after chapter. Take the following passage for example:

She couldn’t help feeling that something had shifted in the cops’ investigation since she’d gone and returned to the plantation, that they were now circling around a specific, but as yet unstated theory. And Caren didn’t like it. No matter her personal feeling about Donovan, she didn’t think it was fair. Donovan was a lot of things, and law-abiding was not necessarily one of them. But murder was murder, a theft of a soul, requiring a depravity touched by something not of this world. Caren didn’t think Donovan had it in him. He was a simple kid, both feet planted in the material world.

On the downside, the first chapter with its heavy-handed narration and very little dialog might cause you to take pause as it doesn’t hook you right away. And the red herrings may be a bit obvious to seasoned mystery readers. Luckily, Locke makes up for it in subsequent chapters that paint a perfect picture of both characters and milieu and delights with a mysterious plot that will have mystery readers eating out of the palm of her hand.

“The Cutting Season,” is a treat that successfully marries old and new. Not only will it cause readers to reflect on the long-ago atrocities of slavery but it will also cause them to imagine what it would be like to work on the very grounds the atrocities were committed and live in the shadows of the ghosts that were wronged. Definitely pick this one up.

Read Harper’s description of The Cutting Season: A Novel.