Book Review: Zone One: A Novel 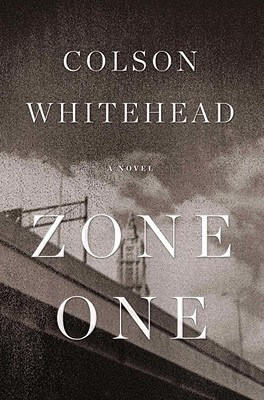 Read a Description of Zone One: A Novel

As one of the finest word craftsmen of his generation, Colson Whitehead has shown a high degree of imaginative skill and creativity, turning each genre inside out to meet his purposes. He never writes the same book over, improvising and tinkering within the boundaries of each fictional setting like a master jazz musician.

A MacArthur Fellow, Whitehead, a literary novelist with acclaimed six books to his credit, tackles the horror realm and the popular zombie fad with his latest book, Zone One. Influenced by horror wizards George Romero, Max Brooks, Stephen King, and David Wellington, the novel features Mark Spitz, an ordinary bloke who has survived the deadly "Last Night" event that has transformed the world population into a legion of walking dead, dodging chaos. The zombies or skels, a term often used by cops to describe perps, have overrun the earth with their bad flesh-devouring appetites and unruly behavior.

Spitz, still in shock from watching his mother make a snack of his father, has joined with a squad of survivors to sweep the zombies from Manhattan. Suffering from PASD (post apocalyptic stress disorder) the group takes orders from Buffalo, the provisional capital, teaming with the military to maintain a livable zone south of Canal Street. Horror fans will love the occasional carnage and mayhem as the still intact survivors confront the ravenous undead.

While the Whitehead novel echoes the Romero zombie scenario, with lots of blood and gore, the author cannot fully escape his egghead roots, often having fun with the readers with his potent dark sardonic humor and satirical word play. Some people will be turned off by this. I love it. Others will complain that there is no linear plot in this combo plate of terrifying bloody nibbles-and-bits, but they are wrong. Everything doesn't have to conform or connected by dots.

Peel back the veneer of this standard tale of reactivated cadavers and there is something more. Whitehead writes: "There was a single Us now, reviling a single Them. Would the old bigotries be reborn as well, when they cleared out this Zone, and the next, and so on, and they were packed together again, tight and suffocating on top of each other? Or was that particular bramble of animosities, fears, and envies impossible to recreate?...There were plenty of things in the world that deserved to stay dead, yet they walked."

A literary chameleon, Whitehead uses the interaction of Spitz, Kaitlyn and Gary, the sweeper team, and the brutal military, and the raw clashes with the skels to mirror our limping American culture, the cruelty and banality of urban society, and the creeping emptiness of human life. Many critics proclaim the African American novel is dead, but that is far from the case. There are many things to enjoy in this novel. It rates as one of Mr. Whitehead's most satisfying visions. Read this one with an open mind and then go back and rediscover the other Whitehead gems such as The Intuitionist, John Henry Days and Apex Hides The Heart.

Read Knopf’s description of Zone One: A Novel.