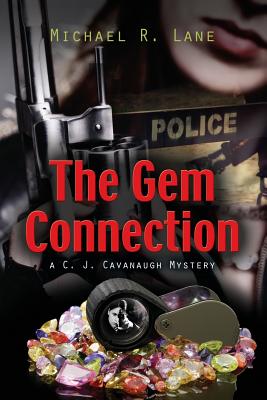 Read a Description of The Gem Connection

This is the usual jewel heist, complicated by a ruthless murder. These are the facts: Wealthy jeweler Clinton Windell, a man who is used to getting his own way, is murdered at his lavish Southwest Hill mansion. Supposedly he had about $20 million in precious uncut stones in his possession, but now they are gone. Someone propped Windell in his own bed, shot him in the head, then blasted a hole in his heart for good measure.

The caper, The Gem Connection, penned by Michael R. Lane, features a private eye team. C.J. Cavanaugh and his partner, Renita Harris. Harris is a computer whiz. They are paired on the Windell slaying following a letter employing them with a hefty fee of $200,000 with the catch that the team must fly under the radar, without the knowledge of the Portland Police Department. However, Cavanaugh has the added pressure to keep all of the information from his long-time lover, Homicide Detective Destini Pendleton, who has been assigned to head the high-profile case.

Choosing a ruse that the investigators are conducting a routine insurance probe, Cavanaugh and Harris plow ahead into the tangled mess. One person of interest, Genevieve Windell, the widow, emerges as the primary suspect. Lane, the author, skillfully writes his characters from the team of sleuths to Mrs. Windell to the corrupt Board of Directors at the high-end jewelry firm where the murder victim formerly headed as CEO. He pulls out the essence of individuality from each character, making them stand out in the reader’s mind. The chemistry between the private eyes and the suspects is outstanding, forming an emotional and practical link between the crime and their role to the company or to the slain jeweler’s life.

Dialogue is essential to Lane’s gritty narrative. In the novel, the colorful, forceful conversations fuel the proceedings, moving the plot through the twists and turns. Nowhere is that evident in the relationship of Cavanaugh and Destini, their banter sliding through the murky terrain of commitment and romance, as well as the competitive nature of their professional jobs. When Cavanaugh’s partner, Renita, gets stalked by the bad guys, he invites her into his home and that’s the event which sets off the fireworks. Destini doesn’t like one bit because she knows her man’s partner is very sweet on him.

While Lane gives Cavanaugh a peerless back story, complete with a ten-year career as a drug agent of the DEA and some years with Army Intelligence, he provides a stunning life history of the victim. Windell was a Navy man, who befriends a prosperous jeweler. The jeweler Geoffrey Bellingham taught him everything about his trade, allowing him to build a profitable jewelry chain on the West coast. In the tradition of Hammett, Cain, and Chandler, Lane can go for a bare-bones effect, hyping the action and gunplay. But he never pushes the envelope. He emphasizes the power of character and nuance over the bullets and carnage. However, sometimes there is a tendency to overthink and overwrite, smothering the reader in abundance of detail and stylish brand names.

As the caper progresses from the present into the past, Cavanaugh realizes a lot of people wanted Windell dead. At one point in the book, everyone becomes a suspect. Nobody seems what he or she appears to be, phony names, retooled identities, altered pasts. The case is full of promising leads, false clues, blind spots, and down-right deceit. Fortunately, Lane keeps the reader updated with short summaries as he goes along. I was thinking of doing a spoiler alert, but I will just say parties close to the greedy, over-ambitious, controlling man did him in. In the end, it’s a glorious triple cross that makes this reviewer think of good film noir, making the reading time well spent.