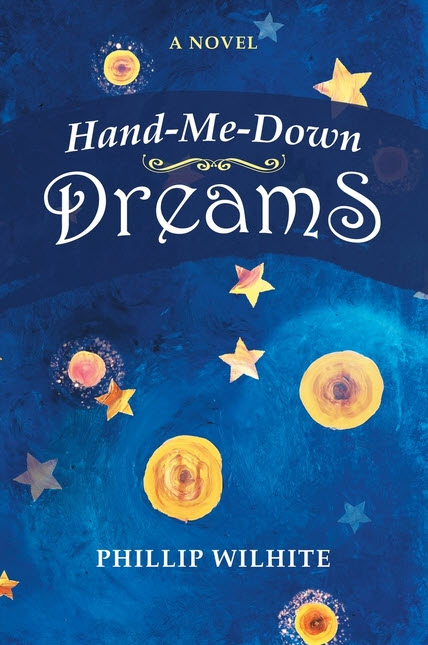 Read a Description of Hand-Me-Down Dreams

Phillip Wilhite’s novel, Hand-Me-Down Dreams, happens in a period in the glory days of big-league sports during 1980, when the media and baseball were having an extended honeymoon. Xavier, a pitcher with the New York Yankees, lives the high life with his former college sweetheart, Ida, until a serious injury in his pitching arm forces the elite club to release the fire-baller. Drinking has always been lurking in his life, but it raises its head full-blown in his troubled existence.

It has been said that male writers sometimes fumble when they try to create an entertaining tale of love, lust, and romance. Here Wilhite, a business broker for Wells Fargo and a sportswriter, concocts all of the ingredients for a bewitching story that plucks the heartstrings. But it’s not all fantasy. It’s the stuff that turns real-life on its head. When Xavier’s career disintegrates, leading him to despair and depression, he begins drinking with a vengeance. Ida, a member of the deeply religious Pentecostal church, becomes wrapped in its rigid dogma and shuns her husband’s alcoholism. She considers him to be a failure and eventually falls under the spell of rakish Reverend Reynoldo Tippins, the pastor of a popular Oakland church.

Life and love sometimes take odd turns and twists. An emotionally wrecked Xavier discovers a seductive letter from his wife to the preacher. He doesn’t want to believe it. He thought he would get his life back on track, stop drinking, and make a comeback in his career. However, he feels Ida has forgotten all of the good times when his huge salary provided a good life. The former sportsman ponders the reason for his wedding years ago was her unexpected pregnancy, which his parents warned him against the marriage. Later, she miscarried.

Now, Ida explains she is pregnant with the preacher’s baby. His well-do folks warned him about this daughter of a poor, single-parent home. They felt she was not worthy of him. They also were cautious about her member in a raucous Pentecostal church with this minister, who his wife believes has ‘qualities that I really admire.’ Also, the reverend knows the exact time of the Rapture, the Second Coming, which Xavier was not a believer. Ida considers their marriage a lost cause.

Wilhite evokes each main character in a realistic light, in all of their strengths and weaknesses. The crisis of love and trust would strain any relationship, with the solution of enlisting a marriage counselor resulting in divorce. Xavier knows his wife is seeking emotional and sexual comfort elsewhere. With a new lady in his life, Yvette, a photographer, he is determined to resurrect his life with a pitching comeback that involves Tommy John surgery. However, he has to sell his home to pay divorce fees to Ida, reimburse his father’s loan, and jump-start his life. Finally, he employs a divorce lawyer, who advises him to destruct his life and go forward with this new woman. Time passes and the highly compatible couple marry as Ida leaves the city. During their Paris honeymoon, his new bride learns that her father has died and their life has changed dramatically with his passing. She is chronically depressed with Prozac in her future.

Moreover, the author flips the script after the new bride’s breakdown with an emboldened Xavier departs for California, making a complete split with the manic woman. There he meets his old friend, Malcolm and another person from his future, Ida. The reverend is contesting the issue of paternity. Ida suggest that if Rev. Tippins is not the father, then the child must be Xavier’s. There is much more that I cannot reveal here. But Wilhite concludes with a flicker of hope, with a confused Xavier thinking that maybe he can get it right again if he has a second chance with Ida. Please read this as a cautionary tale about bad choices, sour consequences, pure betrayal, and misplaced trust. As blues master Howling Wolf used to sing: “Love can make fools of us all.”