Wade Hudson, President and CEO of Just Us Books on Why He Publishes Children’s Books 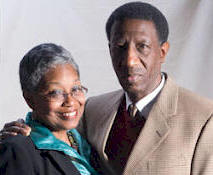 By Wade Hudson, President and CEO Just Us Books

My wife Cheryl and I established Just Us Books because of this same discussion we are having today, the lack of books for children that reflect our nation’s diversity. We had already self- published 2 titles, the AFRO-BETS ABC Book and the AFRO-BETS 123 Book, both written by Cheryl. So, in 1988, inspired by the sales the 2 titles had generated, we decided to incorporate and publish other writers as well as our own work.

When we started Just Us Books, we joined a campaign, a movement really, to change book publishing and make in more inclusive. It was a movement filled with folks who were passionate, determined and who were willing to step-up. And they represented our country s diversity. 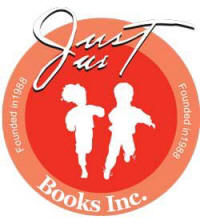 We hit the ground running at Just Us Books, taking books to our potential market. We knew it wouldn t be easy to get them into traditional sources such as book store chains. So we went to festivals, national conferences, did presentations at churches, schools, libraries, and at programs organized by sororities, fraternities and other organizations. We utilized direct mail campaigns, and courted the media. Just Us Books was featured in a number of national magazines such as Essence, Black Enterprise and Income Opportunities. We set up tours for our authors, which wasn t a common practice for children s book authors at that time. In fact, HarperCollins hired me to set up a mini tour for Walter Dean Myers, which included an interview on the Cathy Hughes Radio program in DC. Chris, Walter s son, then a student at Brown, came with us. A few years later Chris shared with me that that was one of Walter s first book/media tours. And Walter was already a well-established author.

What Just Us Books was doing in the children s book arena, others were doing in adult publishing. In 1992 Terry McMillan s Waiting to Exhale, Toni Morrison s Jazz and Alice Walker s Possessing the Secret of Joy, all appeared on the New York Times Best Sellers list at the same time for several weeks in a row. Other adult authors were doing well, too. At publishing conferences and gatherings Cheryl and I attended, the number of Blacks and people of color steadily increased. There were many viable and innovative Black book stores around the country selling the growing number of books written by Black writers and writers of color. Hue-man Experience in Denver, Black Books Plus in New York City, Savannah Books in Cambridge, MA, Black Images Book Bazaar, Dallas, TX, Pyramid Books in Washington, DC, Karibu Books in the DC- Maryland area, and Esowon Books in LA, were just a few of them. Black book distributors such as Lushena Books, A & B Books, Afrikan World Books distributed to the more than 300 Black book sellers, some of whom carried books in their hair salons and barber shops. It was during this period that Charles Taylor, of the Multicultural Publishers Exchange and I, and others, convinced The NAACP Image Awards to include literature among its award categories. We push to get them to add a category for children s literature.

When Just Us Books exhibited at ABA in 1989, Johnson Publishing Company was the only other Black-owned publisher that we saw that year. But in just a few years, Clara Villarosa, Emma Rogers, Gail Willet, and Glenderlyn Johnson and other Black book sellers, had become major players at BEA, organizing many programs and affairs that spotlighted authors of color and black & multicultural book publishing in general. In 1993, Black Classic Press, Third World Press, African World Press, Kitchen Table Press, Writers & Readers Press and Just Us Books, all owned by Black people, formed the National Association of Black Book Publishers, (NABBP) and joined together to have a united presence at ABA.

There were the Essence and Blackboard best sellers lists and the ever present Marie Brown, who did as much as anyone to advance the cause of Black book publishing. Charles Harris, a pioneer in black book publishing, founded Amistad Press in1986. Cheryl Woodruff helped to establish the One World imprint at Random House in 1991. There was Black Expressions Book Club and the African American Literature Book Club, started by Troy Johnson in 1998. Max Rodriguez started the Harlem Book Fair in 1999. There was publications like Black Issues Book Review and advocacy organizations like Black Women in Publishing.

Meanwhile, there was much going on in children s book publishing, too. The Multicultural Publishers Exchange, headquartered in Madison, WI, was an association that brought together publishers, writers and artists of color. There was Bernette Ford, who brought African-American authors and illustrators to Scholastic. Lee & Low Books came on board in 1993, as did Essence Books for Children. In 1998, Andrea Pinckney helped to launch Jump at the Sun at Hyperion. Toni Trent Parker, of Black Books Galore, organized children s book fairs in cities around the countries, providing community people opportunities to see African-American book creators and purchase their books. Vanesse Sgmbati began the Philadelphia African-American Children Book Fair in 1990, and it remains one of the most successful book fairs around today.

That movement, with its grass roots involvement, did make a difference. But, unfortunately, it did not continue. And so, we find ourselves here again, still addressing the same challenges.

Dr. Martin Luther King, Jr. said Human progress is neither automatic nor inevitable... Every step toward the goal of justice requires sacrifice, suffering, and struggle; the tireless exertions and passionate concern of dedicated individuals.

It s time for a new a new movement, one that s sensitive to the age in which we live, but infused with the same sense of mission, dedication and passion that characterized the previous movement.

Wade Hudson’s career as a writer spans more than three decades. In 1988, Hudson's passion for writing and life-long mission to help foster positive self-images within the Black community, prompted him and his wife Cheryl to launch Just Us Books, the nation's leading independent publisher of Black-interest books for young people. Wade currently serves as president and CEO. Wade has also written more than 25 books for young people.  Read Wade Hudson’s presentation.