Book Review request: VALLEY OF THE KINGS: The 18th Dynasty 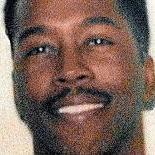