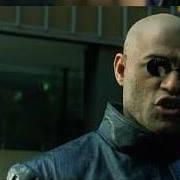 @Pioneer1 History, Huh? Lol!    My history is filled with black men. My father was black. My first born daughter’s father is black.   I know black men well enough to write a book and I’ve wr