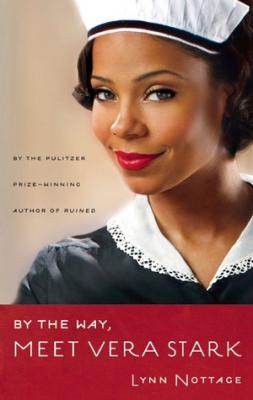 Book Description:
"Nottage is one of our finest playwrights, a smart, empathetic, and daring storyteller who tells a story an audience won’t expect."—Time Out New York"Lynn Nottage’s work explores depths of humanness, the overlapping complexities of race, gender, culture and history—and the startling simplicity of desire—with a clear tenderness, with humor, with compassion."—Paula Vogel, Pulitzer Prize winning playwrightIn her first new play since the critically acclaimed Ruined, Lynn Nottage examines the legacy of African Americans in Hollywood in a dramatic stylistic departure from her previous work. Fluidly incorporating film and video elements into her writing for the first time, Nottage’s comedy tells the story of Vera Stark, an African American maid and budding actress who has a tangled relationship with her boss, a white Hollywood star desperately grasping to hold onto her career. Stirring audiences out of complacency by tackling racial stereotyping in the entertainment industry, Nottage highlights the paradox of black actors in 1930s Hollywood while jumping back and forward in time and location in this uniquely theatrical narrative. By the Way, Meet Vera Stark premiered in New York in 2011 and received subsequent productions at Los Angeles’s Geffen Playhouse in fall 2012 and Chicago’s Goodman Theatre and The Lyric Stage Company of Boston in spring 2013.Lynn Nottage’s plays include the Pulitzer Prize winning Ruined; Intimate ApparelFabulation, or the Re-Education of Undine; Crumbs from the Table of Joy; Las Meninas; Mud, River, Stone; Por’Knockers; and POOF!

More books like By The Way, Meet Vera Stark (Tcg Edition) may be found by selecting the categories below:

Tell us what do you think about By The Way, Meet Vera Stark (Tcg Edition).