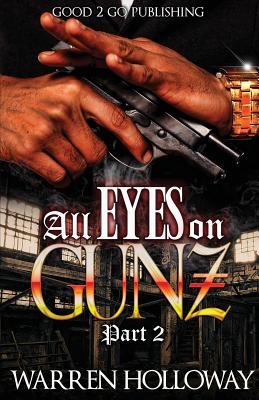 All Eyes on Gunz 2
by Warren Holloway

After fleeing Philly, on the run from local, state, and federal law enforcement agencies after murdering an undercover agent, Tom "Tommy Guns" Anderson makes his new life in Atlanta. He is living the good life, too, until he has to return to Philly to get his cash and his stash, so he can build his new empire and relocate his family to his new hood. Once back in Pennsylvania, he finds that this plan might be easier said than done, because not only are the Feds hot on his trail, but also he is double-crossed by his former ally, Rico, who helped him break out of police custody in the first place. The war is on in Philly, but are Tommy Guns and his new crew from Atlanta strong enough to come out on top and make it back to Atlanta safely, or will the street life finally do him in? One thing is for certain, they will fight to the death, because prison isn’t an option.

More books like All Eyes on Gunz 2 may be found by selecting the categories below: