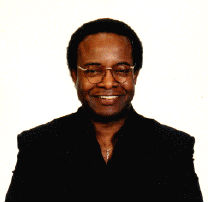 Charles Boyce is a cartoonist known for his syndicated comic panel Compu-Toon.

When you speak to a cartoonist about how they got their start, you’ll hear stories of all the strip ideas that never really took off. Chester Gould, the creator of Dick Tracy, submitted a new idea for a comic strip every single day for years before stumbling on his hook with "Plainclothes Tracy", later renamed Dick Tracy. But, every once in a while you hear a story of a natural. A talent that didn’t need to look too far for ideas or think too much about it, they simply gravitated toward the subject. Their work comes naturally.

Charles Boyce studied art at The Academy of Fine Arts in Memphis and animation at The University of Illinois at Chicago, but he didn’t really get into cartooning in school. Actually, it wasn’t until 1988 when the Scitex department at the Chicago Tribune’s Freedom Center production facility decided to start a newsletter that Boyce decided he’d draw a panel. When asked how he came up with the idea he replied, "I just thought it up, it came second nature". It was just that simple. Compu-Toon adds a little humor to business pages around the country.

Compu-Toon is a weekly panel about people interacting with technology. It makes life easier to handle if you can work your way through tedious moments knowing that a chuckle or laughter is waiting at the end. Boyce simply draws his jokes and characters from different people including people he works with and the ideas just keep coming.

Compu-Toon ran in approximately 150 newspapers from 1994 until 1997. Boyce is still producing Compu-Toon by way of syndication.