Meredith Davis worked at an independent children’s bookstore and started the Austin chapter of the Society of Children’s Book Writers and Illustrators before earning her MFA in Writing for Children and Young Adults from Vermont College of Fine Arts. She lives and writes in Austin, Texas.

Rebeka Uwitonze goes to school in Kayonza, Rwanda, and spends her holidays at her home in Bugesera. She was born with arthrogryposis, a disease that caused her joints to contract, resulting in stiffness, clubfeet, and muscle atrophy in her arms. Her Own Two Feet is her debut book, in which she is able to share her inspiring story with the world. 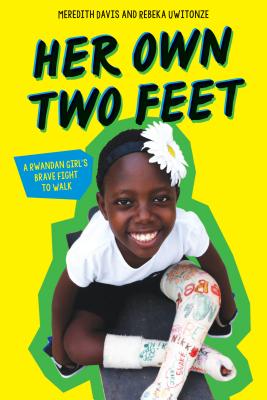 Her Own Two Feet