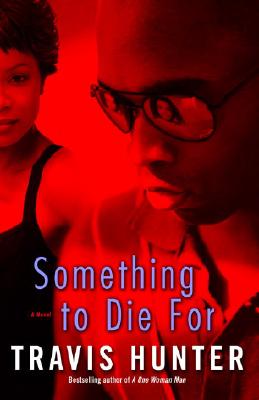 Something to Die For: A Novel
by Travis Hunter

Book Description:
Nasir Lassiter is a college basketball star with a promising future until a murder rap lands him in prison with a life sentence. Without hope, Nasir shuts down. But after five years he’s suddenly free and surprised to see how much the outside world has changed.

He discovers he has a daughter, Brandy, who believes her father has been away in the army all this time. His girlfriend, Ayana, is now involved with Alonzo, a wealthy, possessive man. Nasir’s life takes another turn when he finds out that his mother has taken to drugs to ease the pain over his fate. Ayana, meanwhile, struggles to break free of Alonzo’s jealous grip and gets a taste of his seemingly endless rage.

Nasir would love to right the wrongs his absence has brought the women in his life. And when his daughter is kidnapped, he will risk everything to save her even if it means putting his newfound freedom on the line.

A riveting novel of love, loss, and reconciliation, Something to Die For follows the twisted path of a man desperately fighting for the good life he deserves and for the family who needs him now more than ever.

More books like Something to Die For: A Novel may be found by selecting the categories below: