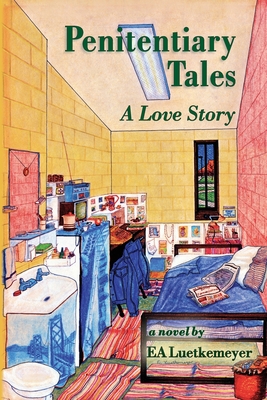 Read Our Review of Penitentiary Tales: A Love Story

Penitentiary Tales: A Love Story recounts the escapades of Dean Davis, a thirty-something, educated, straight white male from the affluent community of Sausalito, in Marin County, California, who is sent to an Illinois prison dominated by a daunting, ethnically diverse population of inmates from the mean streets of Chicago. His wife Lucy and infant daughter Lola await on the outside. Lucy pleads that Dean not let the experience change him, that he be the same man when he gets out that he was when he went in. “I’ll be a ship in the night,” he assures her. “Just passing through. When I walk out those gates in five years it will be as though I had never been there.” But he doubts if this is true.

How does he do his time? What challenges does he meet? How does the experience affect his social and political consciousness? How does it affect his marriage? It is, after all, a love story. Addressing issues of race and gender from an uncommon point of view, it is at once a serious inquiry into the minds and hearts of the marginalized and the oppressed, and a bit of a romp. Like Steinbeck’s Cannery Row, which celebrates the lives of the disenfranchised during the Great Depression without railing against social injustice, Penitentiary Tales: A Love story sheds light on the daily lives of its characters, and on their humanity no matter how obscured by circumstance. It will appeal to adventurous and intelligent readers of all persuasions who appreciate a literary walk on the wild side.

EA Luetkemeyer spent four years of a ten year sentence in an Illinois State Prison in the eighties for possession of Marijuana, an experience he embraces and which informs much of his writing and his world-view.

Books similiar to Penitentiary Tales: A Love Story may be found in the categories below: