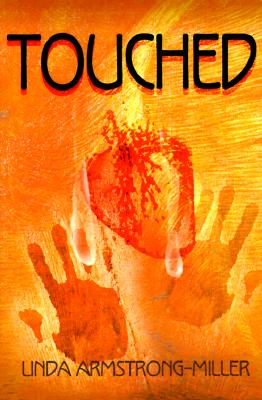 Read Our Review of Touched

Be careful who you turn your back on. Help comes in many forms. Matthew Allen found that to be true. Matthew Allen experienced a tragedy when he was 10-years old. Because of it, he stopped caring. He stopped growing. His first night of call as a brand new intern changed that and his life forever. Touched is the journey Matthew Allen had to take into his past so that he could live his future.

What if you spent the last eight years of your life convincing yourself that you had your life together only to be told by a ninety-eight year old black lady that it wasn’t? What if this lady was a total stranger to you? Not just a stranger but a stranger who was dying; a stranger that you had been given the responsibility of taking care of.

What if you had a secret that you thought only two people knew? What if you found out you had been wrong and someone else knew your secret. What if the other person was a ninety eight year old black lady?

That’s not all. What if that ninety eight year old black lady told you she was sent to help you? Would you want her help?

What if she told you she could turn back the hands of time so that she could show you things from your past and her past then did it? What if she did all of this so that she could offer you a future? Would you be interested? These are some of the questions Matthew Allen Green is faced with in the debut novel Touched by Linda Armstrong-Miller.

Touched is a fictional novel that deals with real issues and emotions. It is the story of a young man who had to make a choice after experiencing a very traumatic event in his life. His choices were to move on and live or shut himself off and not trust or love anyone. He chooses the latter.

In Touched, Mat encounters a ninety eight year old black lady, Grandma, his first night of call, as an intern. Mat learns throughout the course of the night that Grandma has powers, which enables her to do wondrous and scary things. She calls these powers ’tools of the trade’.

He finds out that she can not change what happened to him but if he will simply let her touch his heart, she will provide something for him that will help him cope with his pain, loneliness, shame and despair. She will provide his with a family.

He also finds out that he only gets one shot at this family. He is struck by the realization that once Grandma is dead, his fate is sealed. That once the clock starts ticking it cannot be stopped. What he finds out that really scares him is that in order for him to have his new future something has to give. That something is Grandma. She is willing to die so that he may live.

I promise you will feel like you are battling the same evil that he is as you walk along beside him.

When I saw how determined she was, I went to her little boy and knelt beside him. I was determined she would have a prize at the end of her labored journey. While Goatee held his watch, Blondie looked on. I looked to see how close she was. To my shock and surprise, her eyes locked with mine. When she finally arrived, she smiled at me. I couldn’t believe it.
"Thank you Jesus." She said.
"Jesus? No, not me." I whispered.
"Angel?" She asked.
"I’ve never been called that either."
"You were sent to help me?" She asked. She was out of breath when she
finished.
"Yes." I answered.
"Angel." She said then smiled. So did I.
Her smile was wondrous. I remembered how my mother had looked when she
smiled at Chris. It had been just as wonderful and she had been dying too.
After thanking me, Bonnie laid beside her son. She attempted to pull
her son to her. By now, she was far too weak. If the baby had been another
step farther I’m not sure she would have….yes she would have. She would
have reached him no matter how far away he was. That I was sure of.
Bonnie slid her hands under him trying again to lift him. I placed my
hands under hers. Together we lifted him. She then pulled her arms back
and nestled the baby against her chest. With the gaping wound that was now
her abdomen, this nestling actually made it look as though she was trying to
put him back inside of her.
"Thank you so much." She whispered barely audible even to me.
She found the strength to kiss her son once more. Then she died. Less
than a minute later, her son took his last breath.

Books similiar to Touched may be found in the categories below: