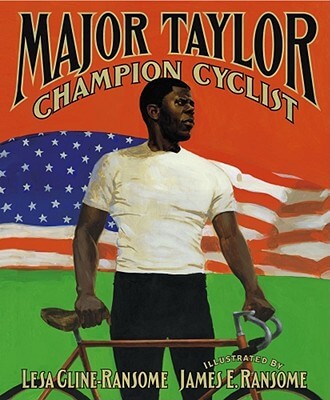 Book Description:
Marshall Taylor could ride his bike forward, backward, even perched on the handlebars. When his stunts landed him a job at the famous Indiana bike shop Hay and Willits, folks were amazed that a thirteen-year-old black boy in 1891 could be such a crackerjack cyclist.
How little Marshall Taylor — through dedication, undeniable talent, and daring speed — transformed himself into the extraordinary Major Taylor is chronicled in this inspiring biography. Here is the story of a kid who turned pro at the age of eighteen, went on to win the world championship title just three years later, and battled racism and the odds to become a true American hero.

More books like Major Taylor, Champion Cyclist may be found by selecting the categories below: