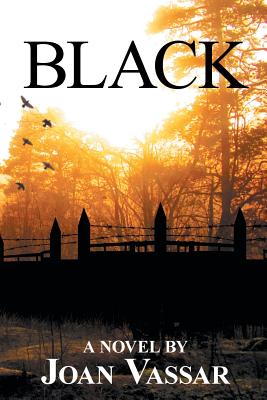 Listen to a reading from the novel Black, book #1 in the Black series, written by Joan Vassar

In August 1831, Nat Turner leads a group of escaped slaves in a rebellion that rocks the South. The revolt comes to a quick and violent end. In November, Nat is publicly hanged, and as his body swings, a false sense of peace washes over Jerusalem, Virginia. Unbeknownst to the world, on the day Nat Turner dies, his son, Nat Hope Turner, is born. Reared by Big Mama on the Turner plantation, young Nat’s identity is kept secret to keep him safe. As Nat grows to manhood, he leads his own uprising against slavery and is forever after known as Black. Fate-by way of Big Mama-leads Black to rescue a young female slave, Sunday, before the plantation owner can sell her. Black has lived for liberty until the day he comes face to face with the alluring Sunday. As the two embark on a sexually charged ride toward love and freedom, they set off a chain of events that forces Black to risk his own liberty for hers. Black shares the appealing tale of a passionate love between a man and a woman bound together to change their destiny.

More books like Black (Black Series #1) may be found by selecting the categories below: