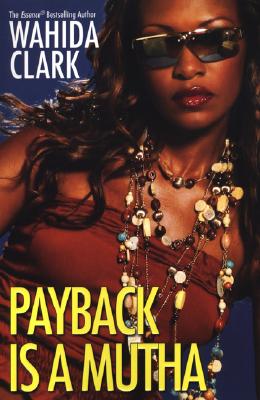 Book Description:
In her hot, gritty new urban drama, Essence bestselling author Wahida Clark tells the story of a woman who thinks she has everything, but who really has everything to lose— starting with her best friend, and ending with her life Brianna and Shan couldn’t be more different. From her $1200 weave to her closet full of Gucci, Prada, and Chanel, Brianna believes that men were born to bankroll her lifestyle. Shan likes to make her own money by working for a living at a men’s prison—and prefers Sean John, Baby Phat, and Fubu to Jimmy Choo. Still, despite appearances, Shan and B are sisters where it counts—or so they think For B, lying is part of the hustle, and the hustle is what gets her sex, clothes, cars—pretty much whatever she wants. She couldn’t care less who gets hurt along the way, as long as it isn’t her. But it’s one thing to hustle tricks, and quite another to betray the one person who really cares. When one of B’s schemes goes too far, blood is spilled—and Shan is caught in the crossfire. Now, with friendship and lives on the line, Brianna’s got one last chance to change her ways—or suffer the consequences

More books like Payback Is A Mutha may be found by selecting the categories below: