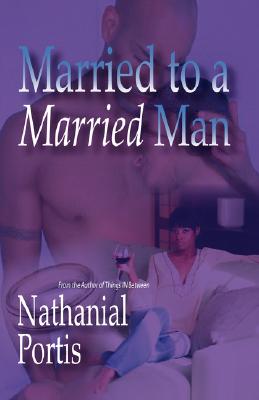 Married To A Married Man
by Nathanial Portis

Book Description:
Married To a Married Man: is the tale of a love romance that never should have happen. Right after completing graduate school at Harvard University, Kayla Brown relocates with her son to Houston Texas and settles into a new career. After failing the dating scene she gives up on romance and opts to focus on her career and raising her son, until one day when she collapses at the gym and is carried off her feet by a handsome mystery man. When she later finds out that the mystery man is one of the most powerful executives at the corporation that she consults for, she embarks on a mission using her beauty, and their mutual attraction as a step-ladder for her climb-up the corporate ladder. However, falling in love with the married executive was never part of her plan, and months turn into years of being his mistress and leads to an emotional rollercoaster ride of up s and down s that she had never expected. Married To a Married Man is a story that every woman has wondered about or knows someone involved in an affair with a married man.

More books like Married To A Married Man may be found by selecting the categories below:

Tell us what do you think about Married To A Married Man.