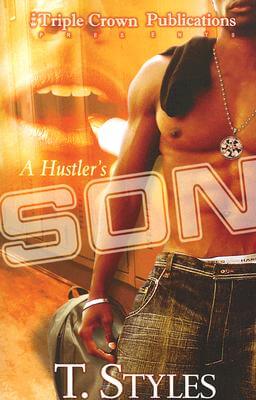 A Hustler’s Son
by T. Styles

Paperback Description:
Based out of Bladensburg, Maryland, 31-year-old Janet Stayley spent her life looking for a hustler. She never knew she would find one in her 15-year-old son, Kelsi. Surrounded by violence, drugs and lies, Kelsi murders in self-defense. Suddenly Kelsi becomes charged with the new-found feeling he associates with becoming a man, and feels he can take on anything, including his mother’s cheating lover. The heat of murder ensues and Janet feels it’s time to make a permanent move out of Maryland. Before doing so, she plans one last murder which, if goes as planned, could ultimately be worth millions. To top it all off, Janet has not revealed to her son the biggest secret yet.

More books like A Hustler’s Son may be found by selecting the categories below: