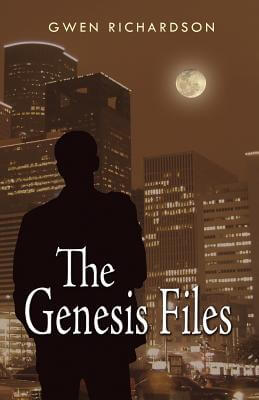 The Genesis Files
by Gwen Richardson

Paperback Description:
Lloyd Palmer is a reporter for the Houston Ledger, a job which should have fulfilled his lifelong dream of being a journalist. But, along with being exhausted from the daily coverage of murders and mayhem in the nation’s fourth largest city, he’s hit a glass ceiling at work, and his editor, Ed Jackson, goes out of his way to make Lloyd’s life miserable. While interviewing potential witnesses to a murder-suicide at a Houston high-rise, Lloyd meets a mysterious stranger who subsequently leads him down a path which changes his life. But Lloyd’s journey is fraught with peril, as both he and his family barely escape a hired assassin. Follow Lloyd Palmer on his quest for the ultimate truth in the provocative thriller, The Genesis Files.

More books like The Genesis Files may be found by selecting the categories below: