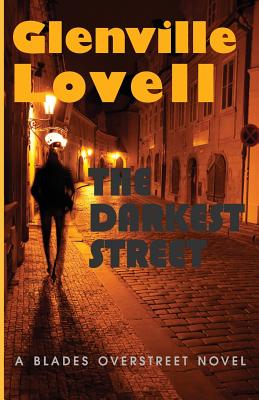 The Darkest Street: A Blades Overstreet Novel
by Glenville Lovell

Paperback Description:
The third book in the Blades Overstreet series finds Blades facing a crisis. His estranged father has returned from Barbados and Blades is determined to finally get the truth behind his father’s disappearance many years ago. Distraction comes his way in the form of a plea from a friend begging Blades to help track down his wealthy father’s killers. Blades’ decision to take the case upsets his wife, Anais, who is convinced that Blades gets more satisfaction from chasing criminals than from being her husband. The investigation leads Blades to popular community activist, Odessa Rose, holed up in the Pink Houses with her own private army. Odessa is on a social mission to convert enough undocumented immigrants into citizens to one day affect presidential elections. As he tracks the retired judge’s killers through Brooklyn’s shadowy streets, Blades must outsmart corrupt cops, outrun thugs and outshoot hired killers, even as Blades struggles to resolve the anger which threatens to drown him in his own pit of filial rage.

More books like The Darkest Street: A Blades Overstreet Novel may be found by selecting the categories below: