From Behind The Curtain by Sierra Kay 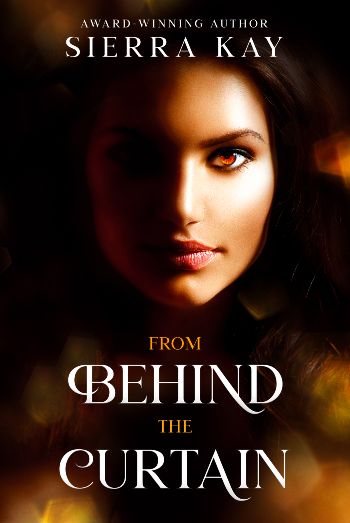 From Behind The Curtain
by Sierra Kay

Book Description:
Dee dropped out of high school the moment her mother’s battle with cancer took a downward spiral. She became the unlikely breadwinner in a house that had too much pain and not enough money. That also meant dealing with a transient father who struggled with addiction. Dee had more than paid her dues; she had been overcharged by life from the very beginning. When Auntie M brought Dee to live in Atlanta, things were supposed to be better than life in the Chicago projects. In Atlanta, Dee had new clothes, a full fridge, and her own bedroom. She could finally have a future dictated by opportunity and not circumstance. However, she soon realized that even this opportunity came with its own price. Something was off about the overdose of Pastor Clifton, her aunt’s best friend and secret love. And no one is asking the question how did the community’s leader and political activist end up slumped over his desk—dead? Auntie M finally emerges from her fog of grief ready to get justice, and Dee is more than willing to help. But in a church full of gossips, no one is saying a word. In Dee’s world, people who had that kind of power were at least honest about their crimes. But here, in a world of saints it was difficult to distinguish the players and, more importantly, the mastermind who was manipulating everyone from behind the curtain.

More books like From Behind The Curtain may be found by selecting the categories below: