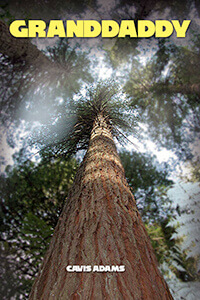 Read Our Review of Granddaddy

This work is an excellent book for any literature course, especially for a fiction course, introductory course to literature, and African-American Literature course. The narrative gives the journey of a grandson as he develops as a young man. Yet, there is so much more. This narrative contains riveting scenes that touch one’s very soul; the author’s use of “stream of consciousness” and figurative language makes it a powerful literary piece.

There is an ominous spirit that hovers closely over the sharecropping fields of Birmingham, Alabama. It is one that is as strange as a foreign tongue to the outsider, while the locals understand all too well the brooding temperament in the air—ever-present—that warns of its own strange fruit to sprout with the least provocation. The very act of breathing and speaking openly here is an unsettling venture for many. This is a place where the fresh, inviting breeze of the countryside can turn ripe, infused with bloodshed and fear resurrected. It is when the atmosphere is charged—as through a headless storm that surges from beneath, rolling violently upward—that the land turns dark host to this occasion of murder—torturous, sticky murder.

It is the so-called lynching era of the southern United States of America. For Jeremiah Hunter, it is merely the so-called life of a Negro. He has managed somehow, and by the grace of God, to live a full life. Now he is slumped beneath a cringing roof of oak, an aged man alone with only his dying wish to hold. As it all falls away—all of the little smiles and big pains from life—he still clings to one past regret from the world. He never found the courage to visit his grandson in the north and now time, along with his own heartbeat, has run out on him.

In the Midwestern town of Minneapolis, Minnesota, 12-year-old Curtis grows contently amidst the weeds of modernity. The world to him is one entangled of games, television screens and a vivid imagination which is his constant companion. Having been born into the pollutions of this busy city means he can’t see all that he has, and all that he has been missing… but it is a simple sentence that changes all of that. “… and you’re going down south to your granddad’s to spend the summer.”