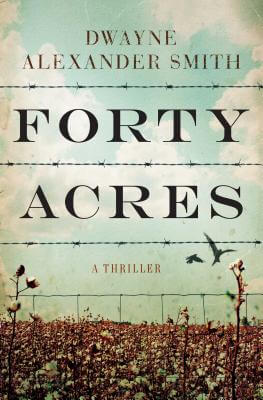 What if overcoming the legacy of American slavery meant bringing back that very institution? A young black attorney is thrown headlong into controversial issues of race and power in this page-turning and provocative new novel.

Martin Grey, a smart, talented black lawyer working out of a storefront in Queens, becomes friendly with a group of some of the most powerful, wealthy, and esteemed black men in America. He’s dazzled by what they’ve accomplished, and they seem to think he has the potential to be as successful as they are. They invite him for a weekend away from it all—no wives, no cell phones, no talk of business. But far from home and cut off from everyone he loves, he discovers a disturbing secret that challenges some of his deepest convictions…

Martin finds out that his glittering new friends are part of a secret society dedicated to the preservation of the institution of slavery—but this time around, the black men are called “Master.” Joining them seems to guarantee a future without limits; rebuking them almost certainly guarantees his death. Trapped inside a picture-perfect, make-believe world that is home to a frightening reality, Martin must find a way out that will allow him to stay alive without becoming the very thing he hates.

A novel of rage and compassion, good and evil, trust and betrayal, Forty Acres is the thought-provoking story of one man’s desperate attempt to escape the clutches of a terrifying new moral order.

Books similiar to Forty Acres: A Novel may be found in the categories below: