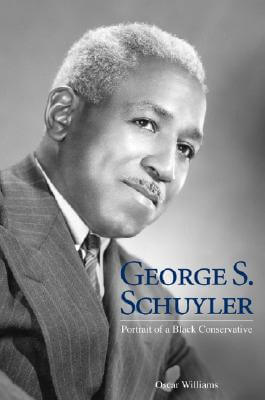 Hardcover Description:
George S. Schuyler was a journalist and cultural critic whose writings appeared in such diverse publications as Crisis, Nation, Negro Digest, American Mercury, and National Review. In the 1920s, Schuyler was a member of the American Socialist Party and espoused liberal views. By the 1950s, he had become an ardent supporter of U.S. Sen. Joseph P. McCarthy and touted himself as an American patriot, believing that communism was a threat to African Americans. In the 1960s, Schuyler was one of the few African Americans who openly characterized the civil rights movement as a communist-inspired plot to destroy America. Although Schuyler was a prolific writer and an outspoken commentator during his fifty-four-year career, historians of twentieth-century African American history have paid scant attention to his literary endeavors and have overlooked his conservative views.

The book is divided into three parts. Part I discusses Schuyler’s early life prior to his arrival in Harlem and his becoming a writer for the Messenger, an African American socialist magazine edited by A. Philip Randolph and Chandler Owen. Part II chronicles his career as a journalist, novelist, satirist, and critic from the Harlem Renaissance of the 1920s through World War II. Part III reviews his post-World War II career from the late 1940s until his death in 1977. While Schuyler’s career took many turns, his writings reveal surprising continuities and the stamp of a true American iconoclast, not unlike his mentor and hero, H. L. Mencken.

More books like George S. Schuyler: Portrait Of A Black Conservative may be found by selecting the categories below: