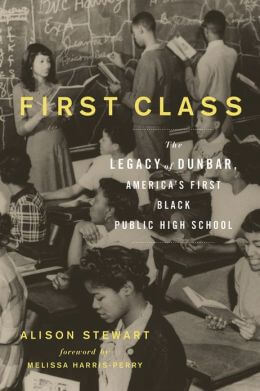 Combining a fascinating history of the first U.S. high school for African Americans with an unflinching analysis of urban public-school education today, First Class explores an underrepresented and largely unknown aspect of black history while opening a discussion on what it takes to make a public school successful. In 1870, in the wake of the Civil War, citizens of Washington, DC, opened the Preparatory High School for Colored Youth, the first black public high school in the United States; it would later be renamed Dunbar High and would flourish despite Jim Crow laws and segregation. Dunbar attracted an extraordinary faculty: its early principal was the first black graduate of Harvard, and at a time it had seven teachers with PhDs, a medical doctor, and a lawyer. During the school’s first 80 years, these teachers would develop generations of highly educated, successful African Americans, and at its height in the 1940s and ’50s, Dunbar High School sent 80 percent of its students to college. Today, as in too many failing urban public schools, the majority of Dunbar students are barely proficient in reading and math. Journalist and author Alison Stewart—whose parents were both Dunbar graduates—tells the story of the school’s rise, fall, and possible resurgence as it reopens a new, state-of-the-art campus.

More books like First Class: The Legacy of Dunbar, America's First Black Public High School may be found by selecting the categories below: