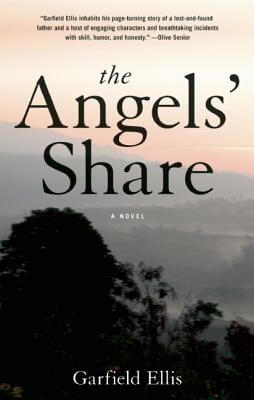 Paperback Description:
"It takes a lot to stand out in the crowded field of Caribbean lit, but Garfield Ellis grabs mystery, family, love, hate, longing, and loss, boils them down to a Jamaica we don’t always see, and rises to the top."
—Marlon James, author of A Brief History of Seven Killings

"The Angels’ Share is Garfield Ellis’s passport to the center of the literary world. Ellis is a writer of tremendous talent with that rare quality that can only be called bigness."
—Colin Channer, author of The Girl with the Golden Shoes

"Ellis inhabits his story of a lost-and-found father and a host of engaging characters and breathtaking incidents with skill, humor, and honesty. A page-turning read."
—Olive Senior, author of Dancing Lessons

"Ellis’s compelling novel joins the literature of the Caribbean to bring an exciting new view of our outer and subterranean landscapes whose ghosts are not victims, and whose survivors join a legacy of heroes."
—Rachel Manley, author of In My Father’s Shade

Everton Dorril, a rising star at a Jamaican beverage company, immediately fears the worst when his stepmother calls one morning to tell him his father is missing. Everton soon discovers that his father has run off to track down a woman he has been in love with for thirty-five years. An "outside" child born to his father’s mistress, Everton deeply resents his father and hates the idea of jeopardizing the most important moment in his career to go find him, but feels he has no other choice.

His father’s stubborn refusal to return home leads Everton to reluctantly give up a week of work—one week only—to join him on his quest. By the fourth day, Everton is fed up with his father’s lies and excuses. In spite of his better judgment, and worried his father might be dying, Everton finally confronts him one drunken night and airs his resentments. He discovers that his father, frightened and unhappy with the failings of his past, is seeking closure and reconciliation. Fearing this is his last chance to find out more about the father who had no time for him when he was growing up, Everton and his father set out on an adventurous quest across Jamaica, hoping to make up for lost time.

Books similiar to The Angels’ Share may be found in the categories below: