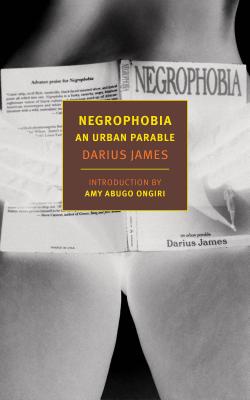 Paperback Description:
"In this social-media era, when we are more intent than ever on isolating things that offend and outrage, Negrophobia revels in its own outrageousness, and thus is more of a tonic now than it was almost three decades ago. It neither blinks nor recoils at the stereotypes, insults, and presumptions that have been used to cage and subdue African American self-esteem, but compels its readers to confront rather than retreat from or smooth over the retro Jim Crow imagery….American literature has seen the ascent of talented young black writers who aren’t willing to settle for parochial or hidebound conceptions of who they are and what they should say…and it’s a fine time to be reminded that crazy, willful acts of hoodoo storytelling such as Negrophobia helped make this renaissance possible." —Gene Seymour, Bookforum "Luridly funny and unsparingly smart, Negrophobia is American arcana of the highest order. And like all truly cool books, destined to forever be ahead of its time." —Paul Beatty "Darius James is a great writer." —Kathy Acker "I opened James’s book only to topple into hell. In fact, Negrophobia is the black version of American Psycho." —Dany Laferri re, Los Angeles Times "I read Negrophobia when I was still in grad school… . It was one of those good but rare occasions when I thought there might be one other person in the world that would get what I was doing." —Kara Walker, DB Artmag "Comic, manic, and amazing, [Negrophobia] tells more about American race relations than all of the walking dead suburban experts, academics, and think tank whores who tell their fellow suburbanites about how it feels to be black." —Ishmael Reed "Jarring, outrageous images hurtle from nearly every page of this postmodern vivisection of the contemporary African American condition…. There is imagination and wicked humor in all of this, as well as some piercing insight." —Publishers Weekly "This is a novel of exposure, not solution. Those willing to take the ride will find language and imagery that provide an understanding of everything offensive and American. To see Bubbles dragged through the mire of racial and sexual taboos is to experience the reclamation of the icons and stereotypes that are the signposts of relations among Americans. It’s not an altogether pleasant experience. No one who reads Negrophobia is playing in the dark — just lost in it. The novel, however, is no more unpleasant an experience than, say, having a police baton swung at your body, or having a steel-tipped boot kick you a few hundred times after you’ve been dragged out of your tractor-trailer. With its feet firmly planted in the satiric tradition of Voltaire Ishmael Reed, John Kennedy Toole, and Okot p’Bitek, James’s book is both timely and necessary." —Christian Haye, The Village Voice "Wild, non-stop phantasmagoria…In style, theme, and tone, the work of performance artist James is somewhat reminiscent of Ishmael Reed or Amiri Baraka, but his dialog is snappier. The vibrant prose makes for lively reading. Highly recommended." —Library Journal "A pop-schlock phantasmagoria that owes as much to William Burroughs as it does to S. Clay Wilson. James’s raucous debut is by far the best novel to emerge from New York’s Lower East Side literary scene." —Kirkus
"Darius James is one of the funniest writers in America, and one of the most serious. His subject is the big one: slavery; his questions are the big ones: who is slave to what?" —George Trow
"Comic strip, sci-fi flick, vaudeville, black-faced minstrel show, and lyrical poem all rolled into one. Negrophobia is a funky, raunchy, angry, hilarious nightmare vision of black culture. A ferocious send-up of African-American stereotypes and white racism. Darius James bursts into literature with a wild, surrealistic imagination." —Catherine Texier "Darius James is a dazzling scenarist, a wanton imagist and a nubile perpetrator of the great felony on new literature. This is a writer of blazing intensity. Forever may he wave." —Joel Rose "This book is not a novel but a curse which will explode in your mind and cause your bottom to drop out. Of all the neo-hoodoo cosmogonic jesters, Darius James proves himself to be the most promising." —Steve Cannon

Books similiar to Negrophobia: An Urban Parable may be found in the categories below: