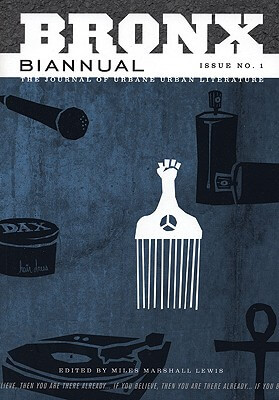 Book Description:
Bronx Biannual is the most important literary journal in hip-hop America?an intellectual town hall on paper that rejects the cheerleader tone of celebrity-driven urban publications, as well as the highfalutin tone of academic publications.

Miles Marshall Lewis was born in the Bronx in 1970 and currently splits his time between New York City and Paris, France. He is the author of Scars of the Soul Are Why Kids Wear Bandages When They Don’t Have Bruises (Akashic, 2004), and is a former editor of Vibe and XXL. His work has been published in the Nation, the Source, the Village Voice, Rolling Stone, Essence, and other magazines.

More books like Bronx Biannual (The Journal of Urbane Urban Literature) may be found by selecting the categories below: