The Cigar King: The Maji Series (Volume 1) by LaVerne Thompson 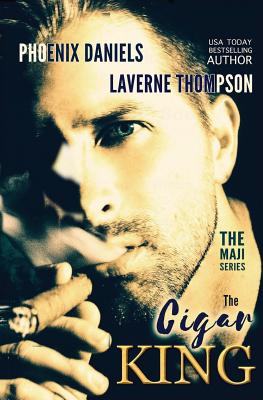 The Cigar King: The Maji Series (Volume 1)
by LaVerne Thompson

Book Description:
For over a decade, Ruby searched for a way to clear her dead father’s name, as well as prove to her childhood friend that he’d made a mistake believing the lies. But the lies are repeating themselves. All of a sudden, the danger is greater. The risk is higher, even more than she realized. Still, she won’t let it go. It threatens more than both their lives. Lucian enjoyed a life of privilege, but it came with a price. He had a secret that he’d protect with all the wealth and gifts at his disposal. But he had to trust the one person who’d let him down in the past. A past that might have been full of lies. Suddenly, Ruby comes back into his life and turns it upside down. This time, his wealth alone won’t save him. He had to embrace all of his gifts as a Maji. If he chose wrong, he wouldn’t come out alive. Neither of them would. One way or another, their decision will, once again, change both of their lives.

More books like The Cigar King: The Maji Series (Volume 1) may be found by selecting the categories below: