Remembering Grandma's Tales-Ananse and the Python 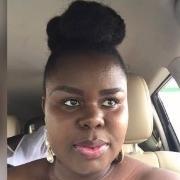 By MissKorang,
February 23 in Black Literature