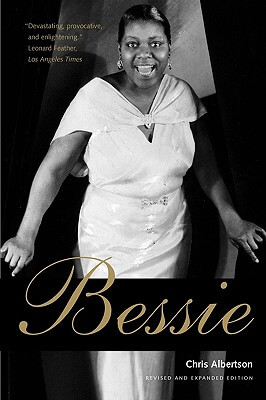 Book Description:
The basis for the HBO film airing in May 2015, this revised and expanded edition of the definitive biography of Bessie Smith, known as the “Empress of the Blues", debunks many of the myths that circulated after her untimely death in 1937. For this new edition, Chris Albertson provides more details of Bessie’s early years, new interview material, and a chapter devoted to events and responses that followed the original publication.

“The first estimable full-length biography not only of Bessie Smith but of any black musician.”—Whitney Balliett, New Yorker (on the first edition)
“A remarkably clear-eyed examination of Smith’s personality (and sexuality) and, more important, of the gritty and greedy music business.”—Benjamin Schwarz, Atlantic Monthly
“A vivid portrait of this quintessential American diva."—Will Friedwald, New York Sun
“The most devastating, provocative, and enlightening work of its kind ever contributed to the annals of jazz literature.”—Leonard Feather, Los Angeles Times (on the first edition)
“An exemplary biography . . . [with] a gripping, often moving, narrative.”—John Mole, Times Literary Supplement

More books like Bessie: Revised and Expanded Edition may be found by selecting the categories below: