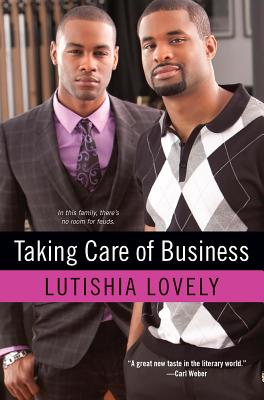 After a long bout of misfortune, betrayal, and broken hearts, the Livingstons and their soul food empire are thriving. Toussaint Livingston is the Food Network darling, Malcolm Livingston’s BBQ Soul Smoker is still the toast of QVC, and Bianca Livingston’s brainchild TOSTS—Taste Of Soul Tapas Style—is a sizzling sensation on L.A.’s Sunset Strip. It seems that nothing can stop the progress of this third generation—until a dish called trouble gets added to the menu.

Jefferson Livingston is the only sibling who feels he hasn’t made his mark, a fact for which he partly blames Toussaint. But with a recent promotion and a sexy new assistant, Jefferson is ready to show his cousin just how big a mistake he made. Then a fire breaks out, an old enemy rears his ugly head, and a stranger threatens the family’s legacy. Jefferson and Toussaint must now work together to keep the dynasty from falling apart. Can they put their differences aside long enough to take care of business? There’s only one way to find out… .

"A great new taste in the literary world." —Carl Weber

More books like Taking Care of Business may be found by selecting the categories below: