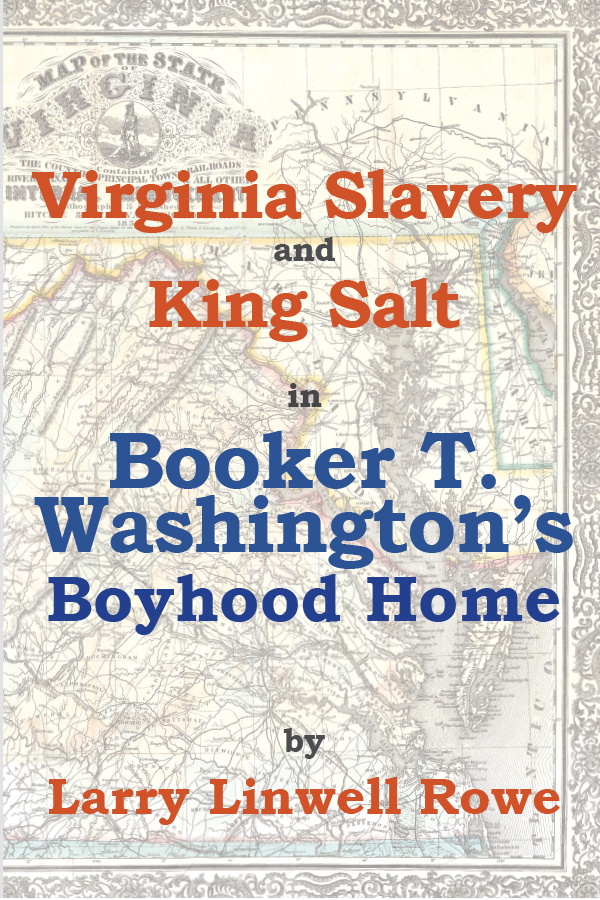 Booker T. Washington’s formative years were from 1865 to 1881 in Old Malden, West Virginia. From age 9 to 25 years, he developed values, vision, and a plan to build a black middle class in the South. He observed his parents integrate Malden by buying a home in town four years after they were slaves. Six weeks after their purchase, he saw a race riot a few blocks away, but, like Rosa Parks on a Montgomery bus, with great courage, they stayed put, ever determined to be good neighbors to all.

This work is in two books divided by the Civil War. Book I tells the story of the Ruffner family, their booming salt industry, and the Virginia slavery they used for that industry. The second book, Booker T. Washington’s Boyhood American Dream: The Climb of the Black Middle Class Up from Slavery, tells the post-Civil war story of Booker and his mother, brother and sister walking to Malden to join his mother's husband who was working for the Ruffners in their family's salt factory. His boyhood heroes established their own church as slaves in 1852 and had the state's second school for freed slaves. From his heroes, he developed a gospel for the American Dream he wanted to be shared by all.

More books like Virginia Slavery and King Salt in Booker T. Washington’s Boyhood Home may be found by selecting the categories below: