Book Review: The Original Black Elite: Daniel Murray and the Story of a Forgotten Era 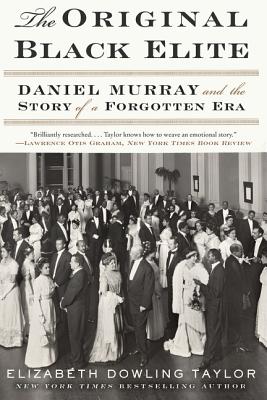 Read a Description of The Original Black Elite: Daniel Murray and the Story of a Forgotten Era

I grew up in New York City’s East Harlem during the 60s and 70s. Virtually all my peers were Black. The neighborhood was not just racially segregated, it was also segregated by social class. My entire worldview of African-Americans, which was implanted and reinforced by my education, was one of enslavement followed by a century of government sanctioned oppression through Jim Crow Laws and overt hostility toward Black people. In made perfect sense that Black people everywhere would be poor and corralled into ghettos.

A full generation before the Huxtable family was popularized in the landmark The Cosby Show, the concept of a contemporary, upper-middle-class African-American family was completely alien to me. The notion that upper-middle-class African-American families existed almost 100 years before I was born would have been unimaginable. This history was simply never presented to me.

Ignorance of this history has led many in the Black community to believe that advancement in America is largely impossible. Worse, white America has internalized the notion that Black people are incapable of advancement—despite the opportunities available and assistance in the form of “Affirmative Action,” and other liberal policies. Both communities, Black and white, are largely unaware of the great gains African-Americans made immediately after slavery ended during the Reconstruction period. Tragically, those gains were completely reversed when Reconstruction was replaced by overt violence against Black America and racist Jim Crow laws.

The complete destruction of the Greenwood, OK (“Black Wall Street”) community in 1921; the Rosewood, FL massacre in 1923; and all the other horrors that took place after slavery ended and before the Civil Rights era began are largely ignored today. Overlooking this gap in American history makes it difficult to understand why Black people have failed to reach parity with white Americans more than 150 years after the end of the legalized enslavement of Black people.

Elizabeth Dowling Taylor’s new book, The Original Black Elite: Daniel Murray and the Story of a Forgotten Era is an important contribution to ensuring American history during the hundred-year period between the Emancipation Proclamation and the beginning of the Civil Rights era is told. The Original Black Elite communicates this history from the perspective of the life of Daniel Murray and his contemporaries in the Washington DC elite. His life and those in his circle demonstrated that Black success was not dependent upon white largess, and was only hindered when whites actively worked to stop it.

It has ever been so, those who would rob the darker peoples of their rights and property to begin by systematically writing them down. The Negro has suffered more in this respect than any other people. But because he has neglected to use the white man’s weapon—printer’s ink—in the past, need he forever be negligent in this respect? No. Let the whole race rise up as if it were one man, resolved to put forth to the world the achievements of its kind magazines, books and encyclopedias, to the end that the world shall no longer be in ignorance of the black man’s past history. Daniel Murray 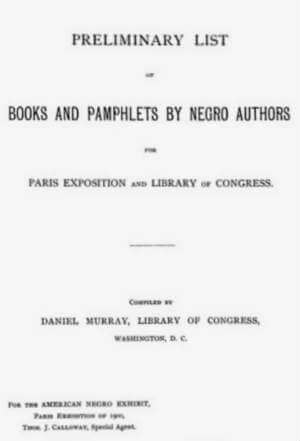 Murray demonstrated this commitment by publishing the Preliminary List of Books and Pamphlets by Negro authors: for Paris Exposition and Library of Congress. Murray planned expand this list into an encyclopedia of African-American achievement. Unfortunately this plan was never realized.

Taylor goes into a great level of detail describing Daniel Murray’s (March 3, 1851 to March 31, 1925) and his family’s lives. The depth of Taylor’s research is obvious. Her genealogical research reveals fascinating connections from participants in John Brown’s raid on Harpers Ferry up to the present ownership of the family’s home in Washington DC.

Elizabeth Dowling Taylor is an academic, who received her PhD from the University of California at Berkeley. Her writing is conveyed in the tone of an academic, which makes reading a bit tedious and unfortunately less accessible to a wider readership unlike the style of Lawrence Otis Graham’s Our Kind of People: Inside America’s Black Upper Class, which covers the Black elite from a contemporary perspective.

Nonetheless, Taylor’s work will serve as an important reference for anyone interested in this period of American history and a deeper, more nuanced, perspective of the Black experience in America.

Read Amistad’s description of The Original Black Elite: Daniel Murray and the Story of a Forgotten Era.