Book Review: Driven from Within 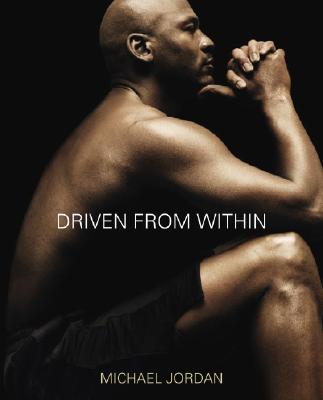 Read a Description of Driven from Within

’That day I met Phil Knight for the first time. Neither of us could imagine what the next 20 years together would produce’ Nike was the perfect place for two people as competitive as Phil and me because we could plug into one another in an atmosphere that reflected our aspirations' We could have come from different places, but we have always shared a commitment to creating products that reflect the same fundamental values.

Brand Jordan exists because of what Phil night created before I ever came along.’

As great a basketball player as Michael Jordan was, maybe even better than my all-time favorite Dr. J, he might be even more of a success as the ultimate corporate man. For proof, one need look no further than his new book, Driven from Within.

First of all, ask yourself, how many athletes manage to remain in the public eye three years after the end of their playing careers? Michael has, and his partnership with Nike is as mutually-profitable as ever. His Air Jordans, now celebrating their 20th anniversary, have flourished not only due to his extraordinary, gravity-defying basketball talents, but also due to a combination of his charisma and business acumen.

This help explains why he launched his new book ever so strategically with an appearance on 60 Minutes, immediately after a nationally-televised football game, and a week before the beginning of a new NBA season. He was able to do so because he published it with Atria Books, which is a division of Simon and Schuster, which, in turn, is owned by Viacom. 60 Minutes airs on CBS which is also a sub-division of that same parent company, so all the cross-promotion only helps everybody's bottom line.

Though Driven from Within masquerades as an inspirational autobiography, it's essentially the literary equivalent of an infomercial, in this case designed to help launch Jordan XX, the latest sneaker created in conjunction with Nike. The generously illustrated opus features as many photos of Nike footwear and Nike logos as it does of Michael. The text, no doubt Nike-approved, was edited by Mark Vancil, a veteran sports ghostwriter who has previously collaborated with Michael on three other bios and with other sports greats like Cal Ripken, Dan Marino and Ken Griffey, Jr.

Besides Michael's own pearls of wisdom, we hear from nine of the people closest to him, including his mother, Delores, his agent, David Falk, the designer of 14 of his 20 sneakers, Tinker Hatfield, his college coach, Dean Smith, and Howard White, his first friend at Nike.

As if those $200 sneakers aren’t expensive enough, now they expect you to pay another $35 for a shameless, coffee table book full of colorful advertisements for the Air Jordan product line. I like Mike, but I still prefer Dr. J.

Read Atria Books’s description of Driven from Within.